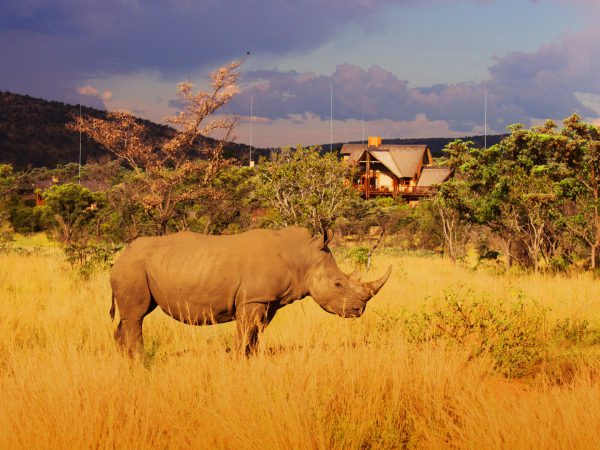 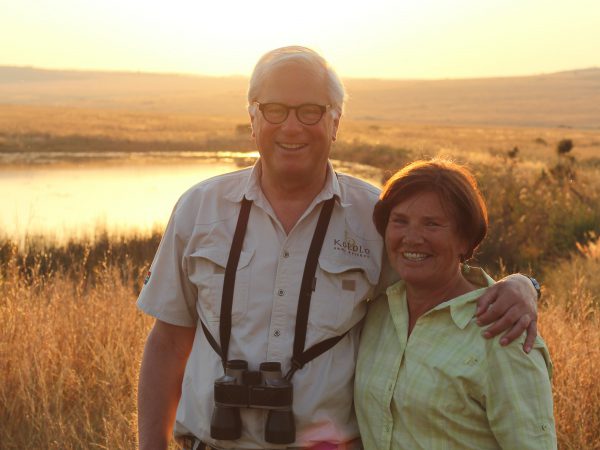 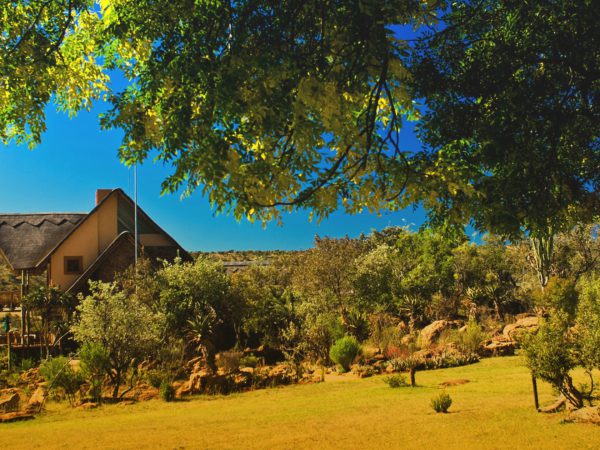 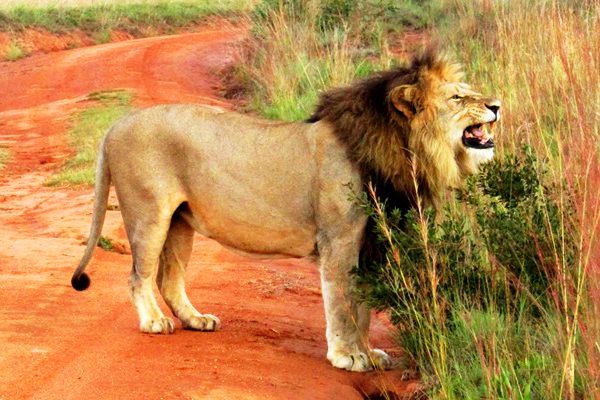 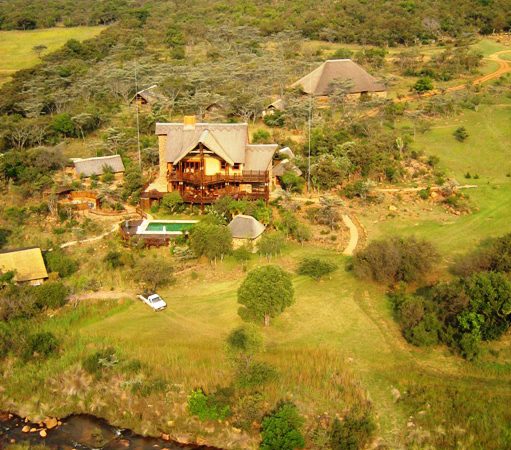 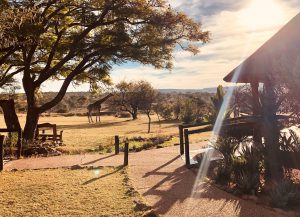 Our knowledge about Kololo Game Reserve goes back to mid-1910. During this time a man with the name Oom Piet, started farming in this area and built a farmhouse in 1916. The farmhouse still exists, is completely renovated and is now called ‘Oom Piet Chalet’. We still use his barn as a laundry and storeroom. The farmer kept cattle and grew corn. During this period the area was one big farm, which was split up into various in the years later.

In the 1970’s and 1980’s the area was bought by Austrian investors, living in Johannesburg who visited the area with their guests for the weekends to relax and hunt. They started growing grapes, panted lemon trees and kept cattle on the land. However, due to the acidity of the soil nothing was successful. In the 1980’s the Austrian investors made Kololo and the neighbouring farm, Grootfontein into a game and hunting farm.

At the start of the 1990’s, Welgevonden Game Reserve became private property. Farmland was bought and rehabilitated for game land. During the last 20 years Welgevonden was extended continuously into what it is today, almost 34.850 ha. bordering Marakele National Park. The final goal is to take away the fence between Welgevonden and Marakele in the coming years to create a whole new wildlife area of 120 000 ha. Welgevonden is privately owned by approximately 40 to 50 owners. The development was given a strong boost by Paul Fentener van Vlissingen. He helped the Marakele National Park management and bought a lot of farm land to create new land for wildlife. 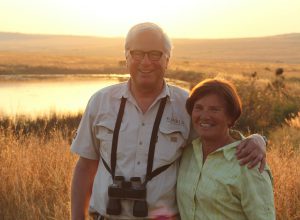 We, Ton and Yvonne Jansen, (Dutch) bought Kololo Game Reserve (approximately 600 ha) in the beginning of 2004. After having visited South Africa for holidays for almost 30 years, we decided to invest in this beautiful area. Our background is the leisure industry: we have a winter sport business in Austria where we have developed a company which rents and manages over 250 chalets, with almost 2000 visitors each week in the winter season. Kololo is a way for us to develop something socially Responsible. We love this area! It’s malaria free, very quiet and child friendly. One is able to walk and ride bikes without any problems and we are still connected to a big five area!

Before we built the restaurant in 2005 it was a self-catering lodge. The new restaurant is beautifully situated, overlooking the big 5 area of Welgevonden. Apart from investing in new buildings, we also invested in new infrastructure such as roads, telephone systems, computers, two way radios, firefighting equipment etc. There is a long list of items which will never end. We have also been investing in reintroducing game to Kololo such as giraffe, wildebeest, eland, waterbuck, blesbok and zebra.

To secure the access into Welgevonden for our guests we have decided to buy a large portion of the neighbouring farm Grootfontein (2000 hectares). So today we have created a new Kololo of about 3000 hectares. Half of this new game land (1500 ha) was integrated into Welgevonden in October 2010. Both areas (Kololo and Welgevonden) therefore now have more living space for wildlife.

In the meantime we have made new roads and are continuously reintroducing new game. In addition, we are constantly working on the rehabilitation of the land and nature in our area which is still recovering from overgrazing during the farming period. Many invasive species are being moved (such bankrotbos and eucalyptus trees) to bring nature back into its original state. We are currently working on the removal of bankrotbos. Large sections of the open plains on Kololo are covered with this plant. An invasive plant that extracts precious nutrients from the soil, but not edible for the animals at Kololo By removing the Bankrotbos the land (i.e. the food for wildlife) will significantly improve. The removal is a very time consuming process since all the plants need to be removed by hand. Bit by bit the Bankrotbos will be removed until it is completely eradicated. 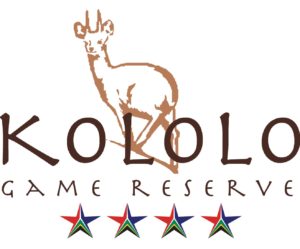 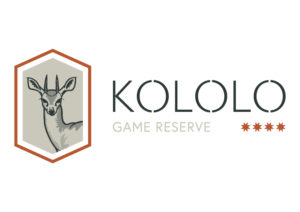 As time went on, we noticed that Kololo’s image no longer matched improvements at the lodge and the reserve. Therefore we entered into a partnership with Erik Schuur who helped us with a complete re-branding. A new simplistic look and feel was developed with graphic elements, more use of images and ‘dramatic’ colours that introduces the visitors to the true Kololo experience.

With these changes we hope to even better showcase what Kololo is: the perfect destination for an active, child friendly, safari holiday in a malaria-free area. 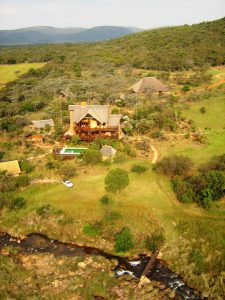 All our ideas and strategies have to be implemented by our staff, which we are very proud of. We try to work with local people, management and staff as much as possible. From time to time we have trainees from the Dutch hotel management school. In 2004, Kololo had 5 workers. Today we have approximately 20 permanent staff members and almost continuously 30 to 40 part time workers for the construction of new buildings. Education and training is an important part of our strategy. Kololo is a well-run lodge and Game reserve. Alongside training, we have health care workshops, a pension fund and a number of other steps taken to ensure the best for our staff. We are a certified Fair Trade company, which we believe is imperative to stay in the business.

In all the work we do, we focus on the following: Is it Green? What can we do to make it Greener? We have implemented a long-term Green Plan where aspects such as energy, water and waste have been accounted for. In the coming years, Kololo will switch to solar power. We have our own biological composting tank. We filter our own water and recycle our own waste.

To have an idea is nice but to implement it is a different game altogether. The positive feedback from our guests, the enormous progress we have made and the growth of the numbers of animals in our wildlife area, motivate us to go on with our mission.

Check our availability and book your stay at Kololo Game Reserve

Kololo uses cookies to give you the best user experience and for advertising purposes. Continued use of this website implies your consent to this. More informationClose